The sequel to the critically acclaimed, story-centric Sunless Sea, best summarized as the Victorian Empire in space. In this High Wilderness, the Traitor Empress carves out a new British Empire, her increasingly tyrannical rule pushing bohemians, revolutionaries, and other outcasts out towards the fringes of this grand empire. But the Empire is plunging into darkness - literally. The stars themselves are dying, killed off by a revolution. And with each sun dead, the universe slowly unravels, for the stars are the Judgements, the inventors, arbiters, and enforcers of the laws of the universe.

Influenced by H.G. Wells, C.S. Lewis, Leigh Brackett, and a hundred other works, including Event Horizon and the luminaries of Art Nouveau, Sunless Skies hit Kickstarter in February 2017, was fully funded and is released in January 2019. As the developers say, stop the clocks, mark your diaries, and save your pennies!

Sunless Skies is availbale in:

How to Play Guide for Sunless Skies

How to help
See how you can help contribute to Sunless Skies Wiki! Remember to maintain a standard for grammar and punctuation in your contributions, please.

Register
Register an account to keep track of your contributions. 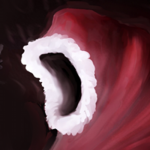